…Some of the best moving and inspirational music I have heard this year. Not only will you get airtime on the riverbank, but you have another fan.

Your music is wonderful! Thank you for writing me and sharing your talent with my listeners…

Your music is a perfect fit for our stationWe have listed you as a core artist.

I’m very impressed with your compositions! very nice!!Ill be very glad that your music play in the station 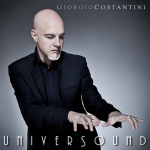